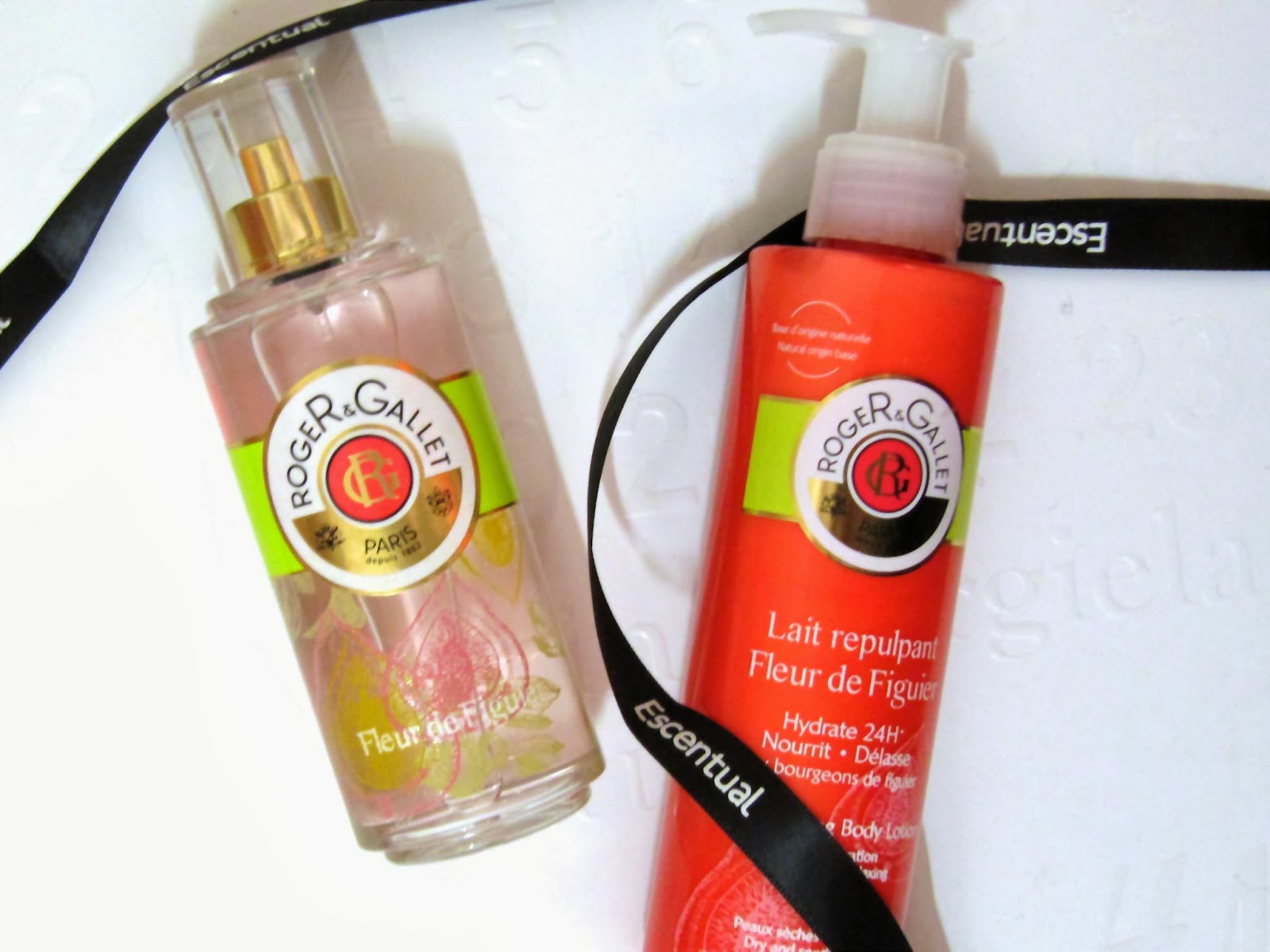 If you’ve been following my blog for a while or follow me on either twitter or Instagram, you know I love figs. Especially entering autumn, it’s one of my favourite fruits to eat and scents to wear. As my beloved Diptyque Figuier candle burned out, I was already sobbing and dreading the days I had to go fig-free. With luck on my side, I received a little parcel yesterday evening with two goodies in from Roger & Gallet.

When Escentual had a competition running to win this set, I tested my luck and a few weeks later I received a notification that I’d won. Baffled, as I rarely win anything and super excited as I’ve been a huge fan of Roger & Gallet body products.

The package came in yesterday and when the postman handed me the parcel, I opened the package or well better said: I ripped it open. And after much wrapping paper, ribbons and anti-shock styrofoam there they were: Roger & Gallet Fleur de Figuier Fragrance and Body Lotion. Have already spritzed the fragrance and it’s delish! Very different from my other fig scented perfumes (which is a good thing) and it’s very wearable and likeable if you’re not that much into figs. I’m afraid I’ll be sniffing myself throughout the day. Gosh, I luurve receiving parcels…

What do you think of fig scented body products?