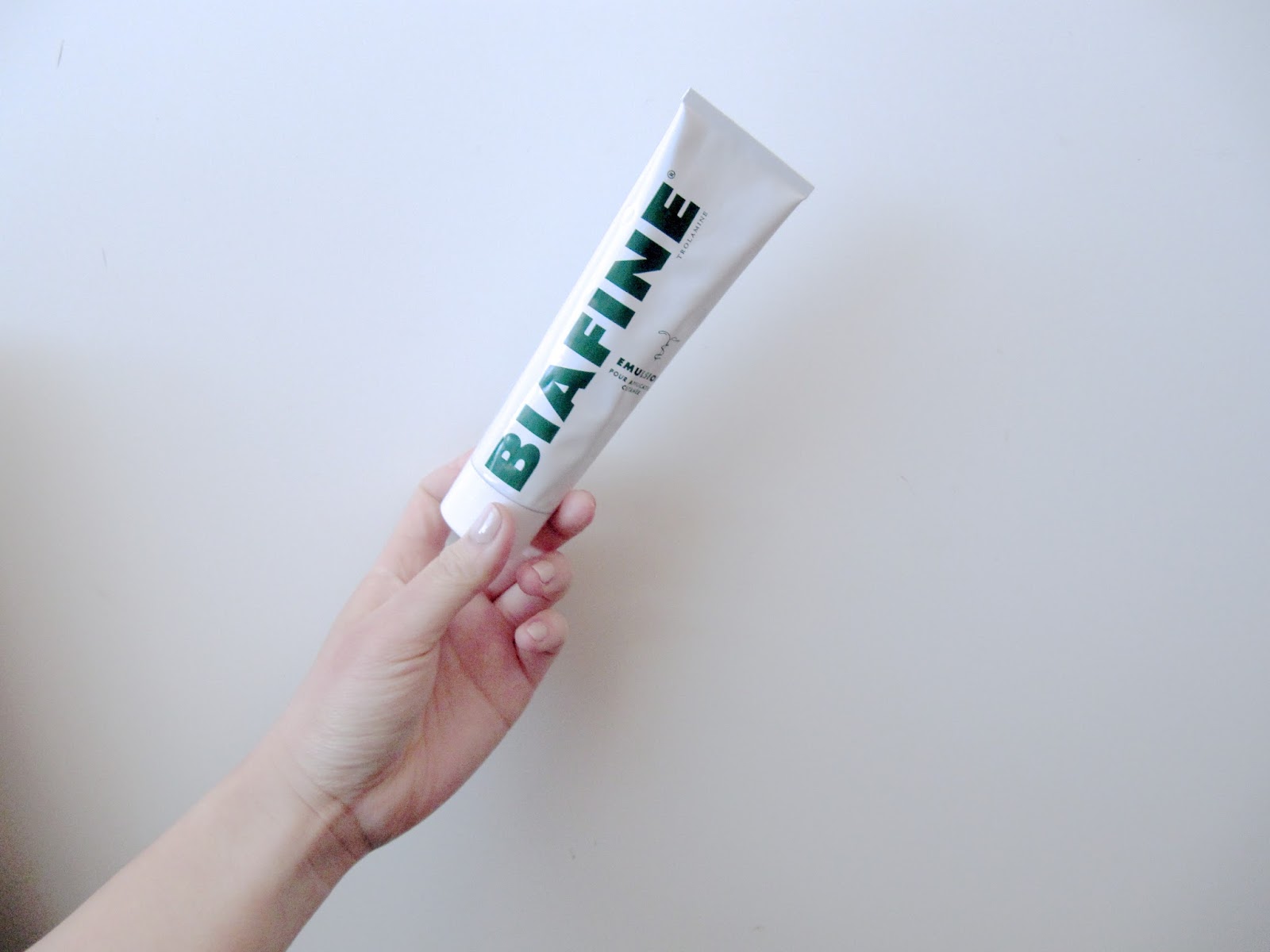 When my friend told me he was headed to Paris, all I could hear was “French pharmacy”. So while I was telling him all the good spots to visit I also nudged him in the direction of my favourite pharmacy —Rue du Four, Saint Germain-des Près in case you’re wondering. I repurchased a few bits and asked him to pick up Biafine, a must in each French family’s medicine cupboard apparently.

At first I was not quite sure what to do with it. I knew it was used to treat sunburns, minor abrasions, post-surgical scarring and skin irritation, but in which manner did I have to apply it on my face?
I experimented with it as a topical spot treatment for my hyper pigmentation spots, which didn’t do anything spectacular. It was only when I used it generously as a moisturiser all over my face that I saw the glorifying results it gave me. Flash forward to the next morning, and my skin was noticeably less red and nourished and well. I wouldn’t say it diminished any of my hyper pigmentation overnight, but when using it a bit more diligently and generously, you will see minor improvements over a longer period of time. Basically it works by increasing the amount of macrophage cells, which destroy bacteria and eliminate damaged tissue while stimulating collagen repair and healthy skin.

Biafine has a balm texture, but unlike Embryolisse, it is rather thin and suitable for oilier skin types as well. In the States you can get your hands on Biafine ACT without prescription, which is basically the same but milder. I’m not quite sure whether this would be moisturising enough if you’ve got very dry skin. It did it’s job perfectly on my combination skin and I’m sure it will on oily skins as well. Although it hasn’t earned a spot in our family’s medicine cabinet just yet, it is being kept in good company with my the rest of my beauty stash.

What are your thoughts on Biafine?