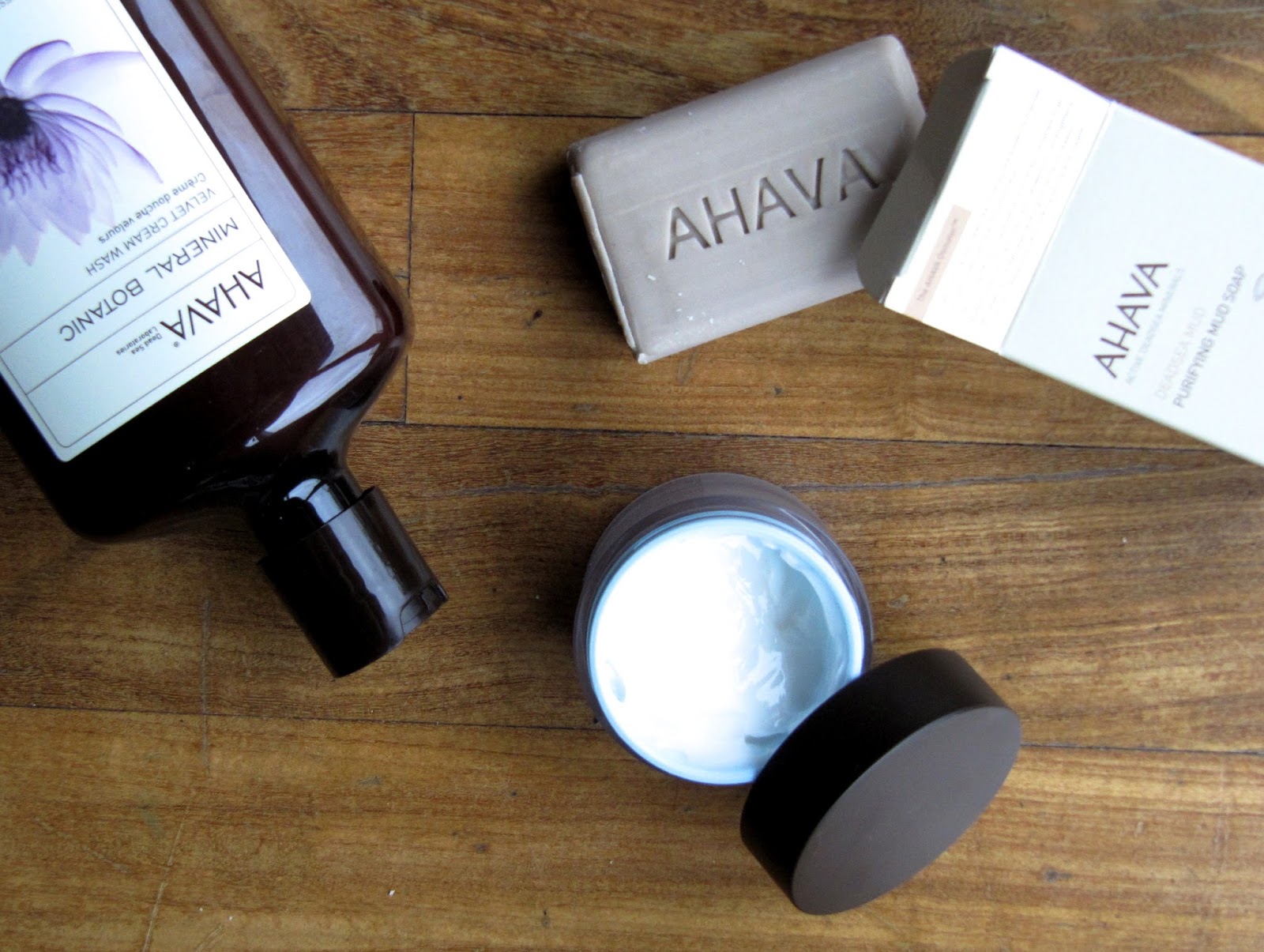 AHAVA is one of those brands that I had heard about but never really tried much from, besides dipping into one of their starter kits a year ago. This pretty much changed dramatically two weeks ago when I was invited to their press event which was all in honour of their latest product additions. The reason behind me being invited? Not because I’m a blogger — truth to be told, I’m not really acknowledged in the Netherlands, but because you’re looking at the new AHAVA intern. I met the team, learned about the brand and when I started last Monday, I walked away with a bag of goodies.

Just to get this out here in the beginning, I am not obligated to write about the brand in any sorts and all thoughts and opinions are my own, as always.

I’ll start with my fave, which is most definitely their Active Moisture Gel Cream. It’s their newest addition to the Time to Hydrate line, and to sum it up in a nutshell: it’s bloody brilliant. It is formulated with their Moisture Suspension RE Technology, and although I can’t explain in detail what that does exactly, it basically makes the product more hydrating and effective. Texture wise I’d say it feels like a richer and creamier version of Clinique Moisture Surge, and it’s more nourishing, while it still feels like a lightweight gel cream on the skin. I’ve been testing this for a week now and have seen major improvements to my skin. I’ll do a full review on this soon, watch this space…

Another product I’ve been using for a while now is the Mineral Botanic Velvet Cream Wash in Lotus & Chestnut. It smells amazing and leaves my skin so soft and moisturised. If you’re not into floral scented products, this one is not for you. Just like all AHAVA products, it doesn’t contain SLS hence it isn’t drying to the skin. Like the name suggests, the texture of the body wash is rather velvety and a dream to apply. In comes in a huge bottle of 500ml, which is a good deal for the price you’re paying. Although their Purifying Mud Soap looks like a traditional chunk of bubbles, it’s actually more than that. It contains Dead Sea Mud which is purifying and detoxing and it can be used both on the face and body. Even though the colour of the soap looks rather yucky, it smells really nice and delicate. I still have to try it and I’ll keep you updated!

Have you ever tried AHAVA? Which products did you (dis)like?