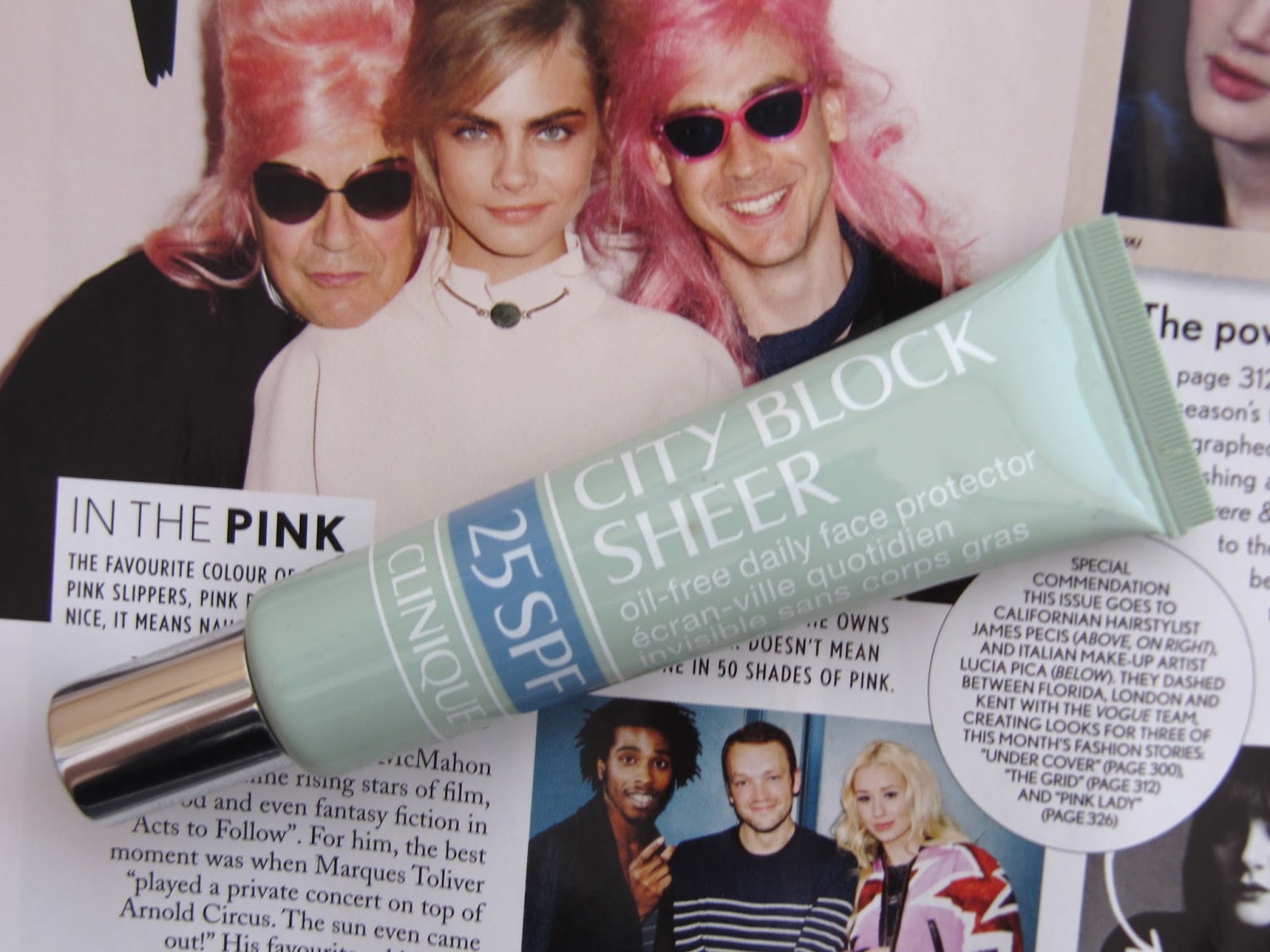 Spring has arrived and I couldn’t be more excited. Growing up here
[in the Netherlands], spring has definitely became my favourite season,
as not only is my birthday in April, it’s the season with the best weather.
Yes, of course theres the occasional shower, but most of the time you
get blue sky and sunny days. With our dearest sun making a frequent
appearance, I’ve started wearing sunscreen again. Truth to be told,
I’ve never been a fuss about sunscreen, until last year when I
discovered Clinique City Sheer Sun Block SPF 25 – I’ve never looked back. Give me just 5 minutes, and you’ll want this, too.

Unlike most sunscreens, which leave a white cast, Clinique City Sheer Sun Block SPF 25
is slightly tinted.
The amount of coverage is no where near a tinted moisturiser, it’s more
comparable to a radiance primer —think the likes of Laura Mercier and
this works. It goes on very smoothly and is really easy to blend into
the skin, moreover it doesn’t have a funky smell some SPFs might have. I
love the fact that even though it rarely has any coverage, it does
neutralise my redness and spots ever so slightly, and I’ve noticed I
need less concealer after using it. I use it like a
primer and I’ve noticed that my make up stays on just fine throughout
the day.

The reason why it’s called actually
called ‘City Block’ is because it protects the skin from daily grime,
smog and pollution you get on your face from being in a city. As it’s
only SPF25, it’s perfect for day-to-day wear, however I wouldn’t
recommend just wearing this for a day on the beach. The sun is
much more intense there, hence a higher SPF would be better for the
skin. Sadly enough I rarely spend time a the beach and am always spotted
in the city —City Block is just my best pal who’s not leaving my side any time soon.

What sunscreen do you use?