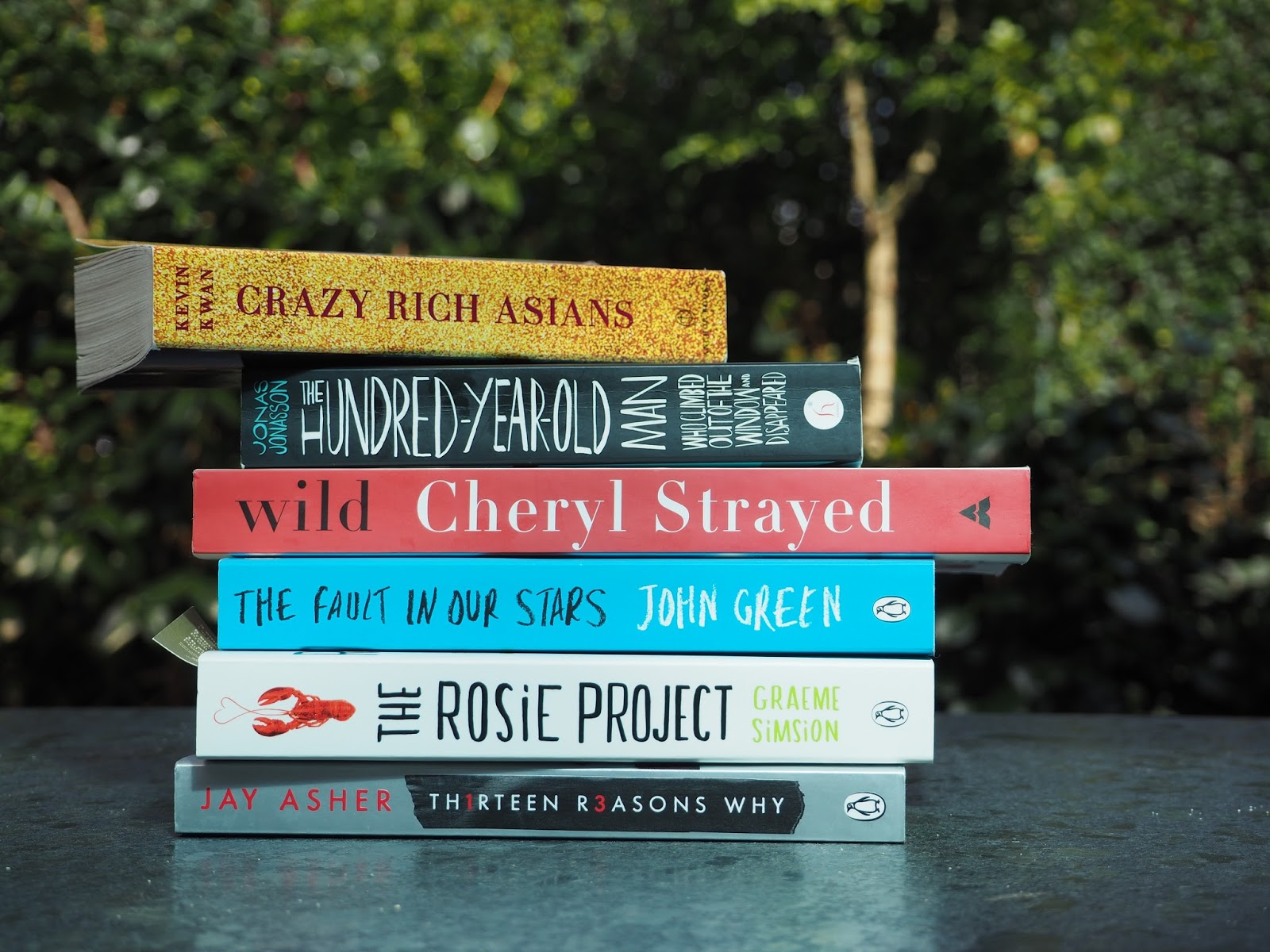 I haven’t touched a book since I arrived in Leeds (I know, shocker) but before I crossed the pond, I made sure to read as many books as I could. After all, I did spend a fortune on my last book haul. I’ve been so impressed with all of the books that I’ve read in a few weeks time and I thought it’d be a pity not to share some of these with my fellow book lovers.

Ever since Eva Chen mentioned Crazy Rich Asians in an interview with Wired (US), it earned a spot on my must-read list. Written by Kevin Kwan, it’s a satire on the South-East Asian socialite scene. I quite liked the book, and as a Cantonese speaker, I did understand most slang that was used throughout the book, but if you don’t, I can image the book is quite tiresome or confusing to read (there is a family tree in the beginning of the book, which I had to refer back to quite often). It’s about a boy who brings back his girlfriend to Singapore, where he’s basically treated like royalty. Culture clashes, differences in lifestyle and funny moments in the book kept me reading and rather intrigued. I found this a great summer time read, perfect whilst sitting on the balcony and trying to absorb some Vitamin D (true story).

The Hundred-Year-Old-Man Who Walked Out of The Window and Disappeared wins the prize for the longest book title, ever. I wasn’t quite sure what to expect when I picked this up, but it has surprised me in many ways. Jonas Jonasson has managed to write it in such a smart and funny way that just captures you and you feel like you’re on a journey with the characters. The story goes that a 100 y/o man climbs out of his window from his retirement house and just takes off. He ‘accidentally’ steals a suitcase from a gang member and that’s where the trouble and adventure begins. This is by far one of the best books I’ve read in a long time.

Personally I enjoy reading fiction, but I’ve trying to read more non-fiction as well to do some self-reflection and thinking. Wild is a book written by Cheryl Strayed, who actually started off the Pacific Crest Trail by herself (which is stretched over 3 states) when she had nothing left. She just finalised her divorce, her Mum passed away and personally she was just a hot mess. Throughout the trail, she becomes stronger as a person and gives her time to reflect upon herself and what she wants for her in the future. It was such a mind opening book and her story really captivated me, even though I hate reading biography-type of books. I’ve recommended this to quite a few friends and all of them loved the book and the journey that you take whilst reading it.

Besides Gone Girl, I think The Fault In Our Stars wins the title of most talked about book of the moment. I was very doubtful to buy the book or not, but as everyone kept raving about it, I felt I had to at least read it. To be honest, I was expecting a lot from this book, but felt a bit cheated when I finished. Don’t get me wrong, I thought the story was very well written (John Green is a fab writer), it had some moments that made me smile and some that made me teary eyed, but with all the buzz and raves surrounding the title, I was expecting just a bit more than what it was. The story was very touching and very well written, I just felt that some parts of the book missed some depth.

The Rosie Project was actually an impulse buy. It was in the best-seller section, I liked the cover and the title sounded fun. Yes, it’s a very superficial way to pick your books, but I’m so glad I got to read this. The book takes you on a process where the main character, Don, decides to create a questionnaire for women, to find his perfect life partner. Somehow he gets entangled with a women, Rosie, and that’s how it all started. It’s such a fun book to read and it just brightens up your mood instantly. Would you believe me when I say it actually took Graeme Simsion 6 years to write this? It’s got hilarious moments and frankly, I haven’t been this excited to read a sequel since The Shopaholic Series – any Rebecca Bloomwood fans out there?

The last book I read was Thirteen Reasons Why by Jay Asher and I was truly touched by the plot and the content. It’s about a girl who committed suicide and has recorded 13 tapes explaining why she did what she did. These tapes were passed around according to a list, to all the people who where somehow involved in her death, indirectly. I finished this book in no time and many moments just left me with my mouth wide open. It’s gorgeously written and very touching. It made me reflect on how I was during high school and I do wish that I could’ve done somethings differently after thinking about my actions. It is quite a sad book and I’ve definitely shed some tears along the way, but I would recommend anyone to read the book. It’s a very easy and pleasant read and as you go, all the pieces of the puzzle just fall into place.