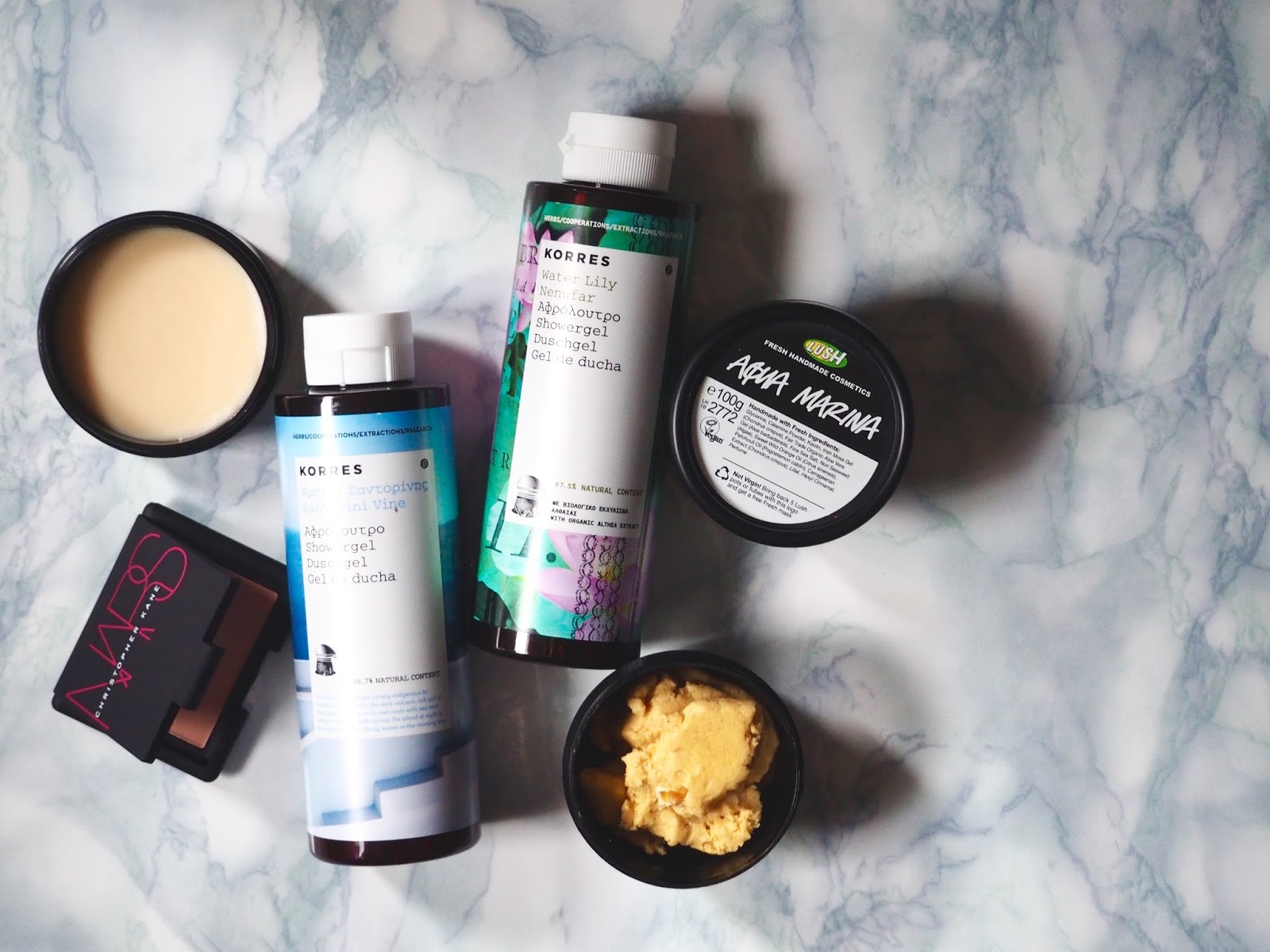 I don’t know about you guys, but when the sun’s out, I just feel like I have to get out and be outside. So about two (sunny) Sundays ago, I decided it was too good of a day to be reading journals all day in the house and ventured into town. A lil’ fact you may or may not know about me: each time I step out of the door, I spend money. Be it a lot or a little, it happens. And with the deadlines behind me, the warm sun rays brightening the city and the inner-urge to just buy something, it happened. Big time.

It all started at LUSH. I haven’t been in a LUSH store forever, I think it actually may be about a year —if not longer. However, as I was feeling a bit spontaneous, I entered the store, took a good browse and ended up at the cleanser isle. In the end I settled with Let The Good Times Roll, a ‘popcorn’ based exfoliating cleanser. I have yet to use this, but I’m beyond excited as it smells incredible! The other cleanser I went for is Aqua Marina, which is a “Mineral rich-seaweed and calamine face and body cleanser to absorb excess oils and leave you with a clear complexion”. It looks far from appetising, if I’m really honest. I’ve tried it just once, so it’s too soon to say whether it actually does what it claims.

After a random browse here and there, my next stop was M&S as I needed a shortcut to go to the loo in Trinity. Don’t judge, I’ve got a small bladder, OK? Anyways, over the past two years M&S’ Beauty Hall has upgraded and is hands down incredible. They had a 2 for 1 offer on all KORRES Shower Gels, and I happen to love those —I think I’ve gone through at least 10 bottles of these. I picked up Water Lily and Santorini Vine, which I believe are their new Summer scents.

There’s no day out that doesn’t end up with me gravitating towards the Victoria Quarter, which is basically the ‘posh’ area in Leeds. It just happens to house a few of my favourite brands, including Space NK. Predictable, much? Initially I wasn’t planning on getting anything, but I think we all know that wasn’t going to happen. I fell in love with the Christopher Kane x NARS Blush in Silent Nude, which is a soft beige. I’ve only swatched it on the back of my hand, so can’t say much yet. It’s definitely less pigmented/opaque than the usual NARS blush. The last item I’ve picked up was Japonesque’s Solid Brush Cleanser, which is a “Gentle goat-milk cleansing balm”. I know I’ve been raving about my Dr. Bronner’s Pure Castille Soap, but sometimes you just want to try out new things. Or well at least I do. And hey, it’s all in the name of the blog of course.