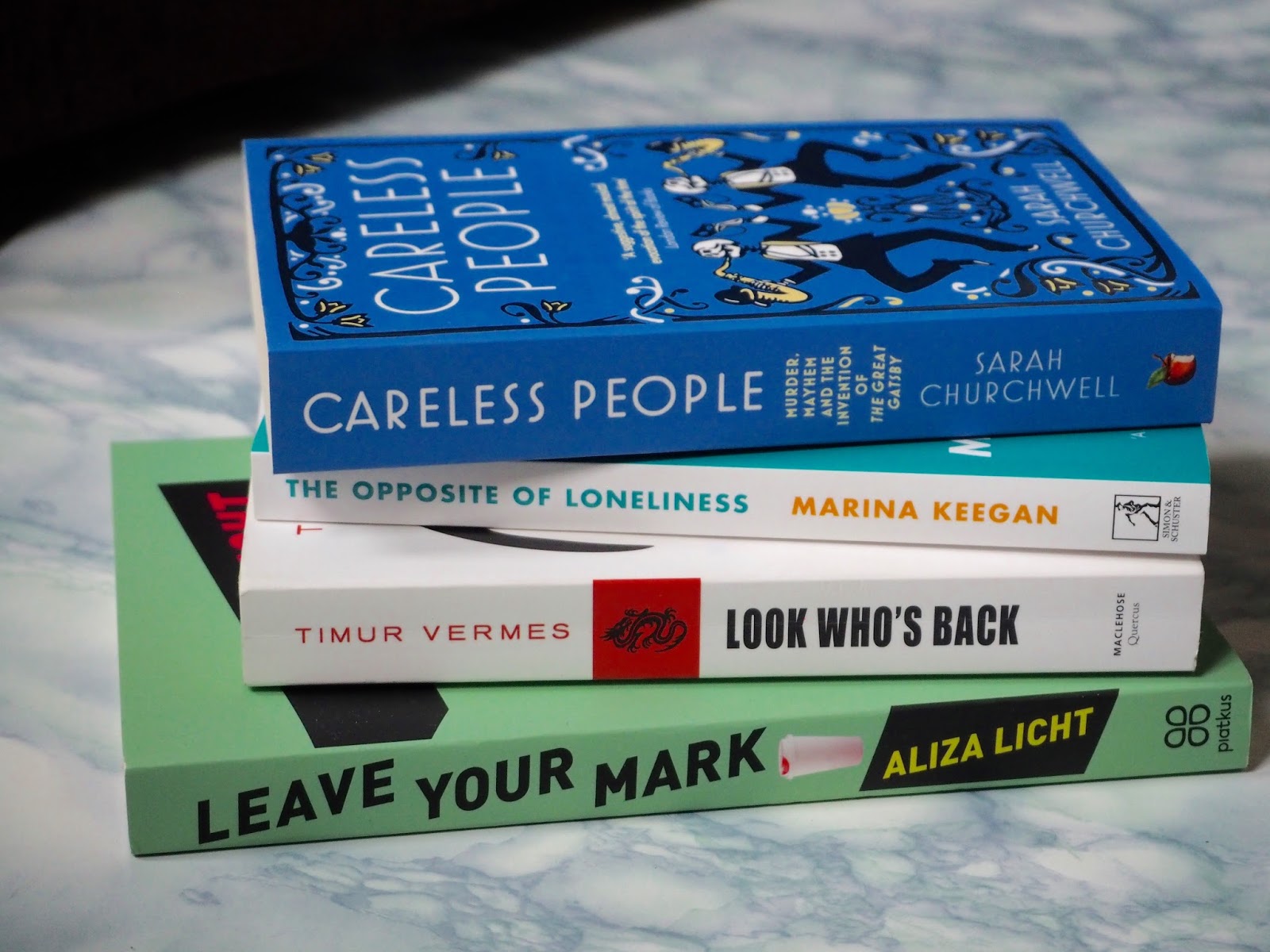 Due to my assignments I haven’t been reading as much as I’d like to, though somehow that didn’t stop me from purchasing more books on Amazon. I love my Kindle, but I’m a sucker for good covers, so I just had to get them in paperback. As I officially had my last lecture (ever?), handed in my assignments and will be writing my dissertation over the past two months, I’ve given myself more time to read to take a break from academic journals. I try to read as much as I can, wherever I am, e.g., while I’m waiting, during my commute and pre-bed time. And aside from having covers that make me smile, they’re such well written books that’ll definitely make your Summer reading list.

by Aliza Licht. Leave your mark is such a good bed time read. Not because it’s sleep infusing, but it gets me all powered up and motivated to start my morning as a better me. Ok I just realised it sounds really cheesy (it sounded much cooler in my head), but it’s true. It’s unlike most self-help books, as it doesn’t faff about. Filled with tips and anecdotes about life, social media and how to break your way into the fashion/PR industry, it’s just really motivating. The book is to the point, easy to read and written in a way I feel like I’m actually having a chat with Aliza.

by Timur Vermes. The book cover caught my attention and the rest was history (no pun intended). To put it in a nutshell, the book is set in Berlin, 2011 and Hitler is alive. Due to his looks, he is recognised on the streets – as an impersonator – which slowly brings him to the path of entertainment. He becomes a viral YouTube star, gets his own TV show and people love him. It’s a book with a great beginning and a great ending. I’ll be honest, halfway through the plot, the story line was slightly dragging, but it was really interesting to see how Vermes decided to end the book and on which note. You’ll just have to read it for yourself…

by Sarah Churchwell. I’ll start this off with a small confession: I’ve never read The Great Gatsby. I’ve watched the movie, though I know that doesn’t count. However, Careless People is the book that goes back to pre-Gatsby, and “Tells the true story behind F. Scott Fitzgerald’s masterpiece”, analysing the world he lived in. It looks back at when F. Scott Fitzgerald and Zelda returned to New York and when the seeds for The Great Gatsby were sown. I’ve yet to start reading this book – as I’ve just finished the others – but I’ve got great expectations for it. I love reading books, but knowing and understanding the backstory of how it all happened and came to a piece is just so interesting. I realise I’m sounding like a complete nerd right now, so let’s crack on with the next.

by Marina Keegan. I’ve been trying to read more non-fiction, as I feel like it makes me appear smarter? I’m just kidding. But I’ve realised that non-fiction books are more than just boring autobiographies and The Opposite of Loneliness is a brilliant compilation of Keegan’s posthumous work. A little background for you guys here: Keegan was a ‘rising star’ in the industry and her last essay [‘The Opposite of Lonenliness’] for the Yale Daily News went viral. She tragically died in a car crash five days after graduation. I often don’t pay much attention to the foreword, but it was written in such way that I felt like I got to know her and understood why she was writing what she wrote. It reeled me in, made me shed tears and laugh at the same time. It prepped me well for the stories to come. The book consists of short stories and essays based on real life struggles, things we aspire to and how we can use our talents to make an impact in everyday life. It makes me so sad to think that she was my age (22) when she died and she had so much potential. It made me realise that I need to make the most out of every moment and opportunity I get tossed my way.